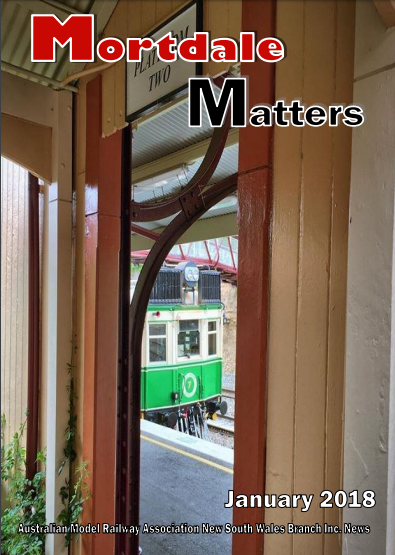 Welcome to the latest edition of Mortdale Matters. It has been a long time between issues and this has been for a number of reasons both club related & personal. One of the biggest problems has been having articles & pictures to publish. Whilst this issue has an additional 2 pages from the “normal” 12, most of this has come from report & articles in relation to recent events that would have gone into the issue from this time of year anyway. Its all well & good for members to keep asking when is the next issue of Mortdale Matters coming out, but as I said in a recent issue of journal, “members have to remember that they are only going to get out of Mortdale Matters what members are prepared to put in .” As the editor, I am happy to “pad out” as well as edit stories & articles, but it not my job to write everything that goes into Matters. This issue has been discussed amongst the MC & moving forward Matters will return to a regular release of every 2 months, and it will reduced or increased to include whatever articles etc. that have been submitted. With the rise of social media, it has also been suggested that Matters become a
members-only publication.

Stoney Creek is progressing at a very rapid pace as it does with improvements in the control system & new functions coming “online” all the time. The construction of this layout in some respects is a very steep learning curve. As the construction progresses, things that the layout committee thought would be suitable for the task they were installed for have let the side down over time. One such instance of this was the train detectors. The boards originally installed have done a sterling job right up to the point DCC was brought online. It was discovered that these boards were not as reliable working on DCC or with some DCC decoder fitted locos. As such a program is in place to modify the detectors to a more reliable design. This is just another time we as a club can chalk up to lessons learnt.

The final thing I want to mention is that from the issue of Mortdale Matters, I will be introducing a ‘letters to the editor’ section. This is an open forum for anyone to offer a suggestion, voice an opinion on current club events or anything else you might wish to write. As usual, defamatory, derogatory or inflammatory comments will not be published. That said, this will be a forum for anyone to have a voice even if they don’t regularly attend the clubrooms or forum days.

Hope you enjoy the read!

Until next issue,
Damien George
Editor